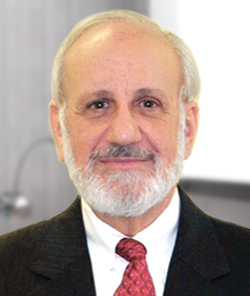 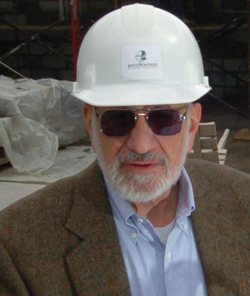 Vic Maloof is a senior consultant and advisor to Brookwood Group. George Heery, Ennis Parker, and Vic have worked together throughout their careers.

Vic’s experience level is extraordinary. It covers a wide variety of building types including educational facilities, athletic and spectator sports facilities, health care facilities, research laboratories, correctional facilities, and commercial and industrial complexes. He has an extensive range of experience with infrastructure projects including water, waste water, transit, airfield, and other major civil projects. He has planned and managed projects in areas throughout the United States, including Alaska, as well as Puerto Rico, the Virgin Islands, Central America, the Middle East and Europe.

Vic joined Heery International in 1960 working in the fields of architecture, structural engineering and construction management. He helped build the firm’s construction program management practice, working closely with George Heery in evolving many of the fundamentals, procedures and techniques of program management services. He became president of Heery Program Management and later president of Heery International. Vic left Heery International several years after the sale of the firm to British interests and after George Heery had completed his transition obligation and resigned from the firm. In 1991 Vic started the Rosser Program Management division of Rosser International, serving as president of that division of Rosser, a position he held until he joined Brookwood in April of 2005.

Recognized in 1986 as a pioneer in developing the profession of Program Management and Construction Management, he was inducted into the College of Fellows of the American Institute of Architects.

Louis N. “Vic” Maloof was born and raised in North Georgia, attended Catholic parochial schools, graduated from the Georgia Institute of Technology with degrees in both architecture and structural engineering, served as an officer in the U. S. Navy and completed the Advanced Management Program at the Harvard Business School.