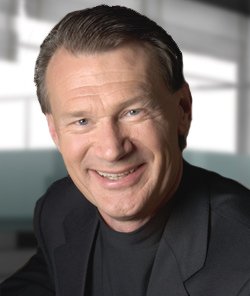 Jim Mueller is a Brookwood shareholder and a member of the firm's senior management team. He serves on Brookwood's Board of Directors and also is a Managing Principal of Brookwood Equities LLC, a unit of Brookwood Group, Inc. that he co-founded in 2012. He is based in Seattle and brings more than 38 years of real estate development expertise to the organization.

Jim also is the founding principal of Seattle-based JC Mueller LLC, a firm he formed in 2005. Prior to establishing JC Mueller LLC, Jim spent four years as the Senior Director of Development for Vulcan, Inc., a Seattle-based Paul Allen Company. During this time, Jim was responsible for one of the largest recent redevelopment endeavors in a major urban center—the concept, planning and development of Seattle’s South Lake Union area.

Prior to his experience in Asia, Jim was Senior Vice President for Koll Real Estate Group in Seattle from 1985 to 1997. In that role, Jim and his teammates completed 38 buildings, addressing nearly every real estate function over the course of his career at Koll.

Jim began his career in Seattle as an architect with well-known firms Bassetti and Olson-Walker (now Olson Kundig). He has brought the design and planning sensibilities from these outstanding mentors into his approach to the development business.