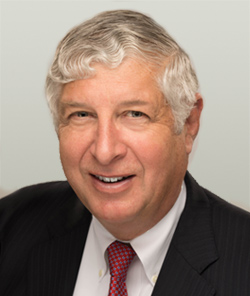 Don Eichelberger is a Brookwood shareholder and Senior Consultant. He has more than 40 years of experience building major projects for both public and private clients, including several milestone projects such as Texas Commerce Tower in Houston, Library Tower in Los Angeles, San Francisco City Hall, and the Ohlone College Newark Center for Health Sciences and Technology in Newark, California.

Don started his career as a structural design engineer with Bechtel Power Corporation in San Francisco and after graduate school, spent 23 years working for general contractors, including nearly 20 years with Turner Construction Company. Don managed two business units for Turner over a period of 10 years and was personally involved in dozens of Turner’s most important projects in the western United States.

From 1998 through 2015, Don was a Principal of Stegeman and Kastner, Inc. in an Owner's Representative role, managing the complete project implementation process for various Northern California clients.

From 2015 to present, Don has operated as an independent consultant and from 2015-2016 also assisted the Lawrence Livermore National Lab during an intense rebuilding effort of their internal Project Management group.

Over the years, Don has also engaged in various personal real estate activities and from the perspective of the person who takes the risk, fully understands the opportunities as well as the trials and tribulations of real estate ownership.

Don has four university degrees. He received two undergraduate degrees (B.S. Civil Engineering and B.S. Business) from the University of Colorado in Boulder, an MBA from Harvard University in Boston, and a JD from Golden Gate University in San Francisco. Don is both a Registered Civil Engineer and a Licensed General Contractor in California, and is past Certified by the Construction Management Association of America as a Construction Manager (CCM). Don belongs to many professional organizations include the Urban Land Institute, the Harvard Business School Association of Northern California, and American Society of Civil Engineers.