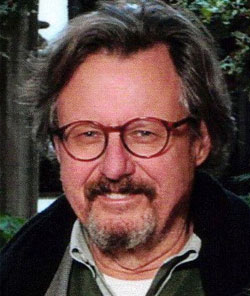 Douglas A. Bulleit is a Brookwood shareholder and serves on its Board of Directors. He also is active in various communications, search and social networking projects particularly as they relate to healthcare consumerism.

Until BellSouth was acquired by AT&T in late 2006, Doug served as BellSouth's Chief Strategist where he focused primarily on core business growth initiatives. In particular, his work resulted in a material expansion of BellSouth's convergent digital networking, broadband/IP, electronic commerce and Managed Services positions.

Prior to his corporate-level post at BellSouth, Doug spent six years developing an assortment of enhanced network services during his tenure as President of BellSouth's Advanced Networks Group. Doug also maintained a key position in the fashioning and management of BellSouth’s strategic alliances such as those with CommerceNet, Integrated Communication Systems (ICS), and others.

Before joining BellSouth, Doug founded ICS TranstexT, and before that, he served as Heery International's Vice President of Planning & Corporate Development. Doug was a key executive at Heery International and served in a number of leadership roles at Heery from 1971-1983.

Subsequent to undergraduate studies at Purdue and Georgia Tech, in electrical engineering and information systems respectively, Doug became a registered Professional Engineer in ten states. He also completed the Executive Program at the Stanford Graduate School of Business, Singularity University at NASA Ames and the Management of Technology Program at MIT's Sloane Business School.

In addition to Doug’s role with Brookwood Group, he has also served on the Boards of Atlanta's Resource Opportunity Center, the Atlanta Metro Group, Point B Communications, Inc. and Atrica Networks, Inc. Board of Advisors as well as the University of Georgia's College of Arts and Sciences Board of Visitors.

Doug lives in the midtown area of Atlanta and on Lake Burton near Clayton, Georgia.