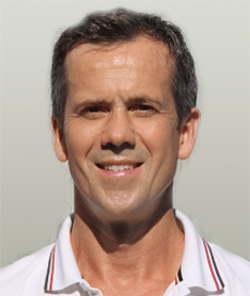 Christopher Fraley serves on the Board of Directors of Brookwood Group, Inc. He is the founder and senior principal of evolve real estate LLC, a Los Angeles based private equity firm established in 2013. He also currently serves as the Chief Investment Officer of Realty Mogul.

Since 2015, evolve has been the primary capital partner for projects sponsored by Brookwood Equities LLC. As a result, the team of brookwood|evolve has access to capital to source, control, finance and develop new projects. Chris and Shepherd Heery (Brookwood's CEO) serve as the senior co-principals of the brookwood|evolve joint venture.

In February 2017, through a private offering, Chris acquired a stock ownership position in Brookwood Group, Inc. and, subsequently, he also accepted Brookwood’s invitation to join its Board of Directors.

Prior to establishing evolve in March of 2013, Chris was with Rockwood Capital. He was responsible for acquisitions and asset management on the East Coast from 1999 through 2011, with responsibilities for sourcing transactions and negotiating joint venture partnerships. During that time, he executed on 36 distinct transactions representing investment of approximately $1 billion of equity and $2.5 billion of total capitalized value.

Chris was voted into the partnership of Rockwood in 2006 and served on its Investment Committees of Funds V, VI, VII, VIII, and IX, and was a partner in all separate accounts including the Mill Creek Residential Trust. At Rockwood, Chris also was a member of the Research and Strategy Committee and the Management Committee. In 2011, he relocated from the East Coast to Southern California in connection with his role as the firm’s national Head of Research.

Chris received a Bachelor of Arts, Metropolitan Studies from New York University in 1990 and a Masters of Business Administration from Yale University in 1999. He is a member of the Urban Land Institute and currently serves on the Board of Directors of GLAAD, the Gay and Lesbian Alliance Against Defamation.