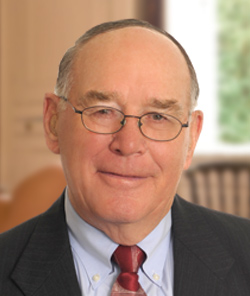 Bill Ray is a Senior Advisor to Brookwood Group. He has more than 51 years of executive level management experience in the fields of administration, engineering, construction supervision, contract administration, environmental planning and facilities planning. He has extensive experience with state & local governments, federal agencies and foreign governments. As Senior Vice President of Georgia Tech he led the programming, design, and construction of facilities for the 1996 Summer Olympics.

Bill is a retired Major General from the U.S. Army Corps of Engineers. In his 34-year career with the U.S. Army Corps of Engineers, he was responsible for the design and construction of schools, Higher Education dormitories, dams, powerplants, industrial facilities, runways, hangars, missile launch facilities and security installations. During this period, he was responsible for planning, design, construction, and maintenance operations of the largest regional office within the United States as well as the European and Middle Eastern regional offices of the U.S. Army Corps of Engineers with annual design and construction programs ranging from $225 Million to more than $1 Billion. He reviewed and approved plans and specifications; selected architect/engineers; supervised construction contractors; and operated and maintained completed projects - including schools, gymnasiums, family housing, ports, airfields, dams, power plants, utilities systems, and complex chemical plants. He was responsible for the completion of a $14 Billion construction program in Saudi Arabia.

As the Associate Vice President for Facilities and Vice President of Olympic Planning at Georgia Tech, Bill gained extensive experience in working with the Board of Regents of the University System of Georgia, the Georgia State Finance and Investment Commission and the Attorney General. He also led the efforts to recover Albany State College after disastrous flooding of that campus in 1994. He has been responsible for the construction of schools, residence halls, research and academic facilities around the world.

Before joining Brookwood, Bill was General Manager of Draper and Associates. Prior to joining Draper, he was responsible for planning, programming, design, and construction of the $240 Million infrastructure program on the Georgia Tech campus in support of the 1996 Olympic and Paralympic Games. He led the programming, design, and construction of apartment style residence halls for 9,400 Olympic athletes, the Olympic Aquatic Center, the Georgia Tech Coliseum (Olympic Boxing Venue) and renovation of 21 residence halls and the Georgia Tech Olympic Plaza. He was also responsible for design and new construction of academic buildings on campus, and operation and maintenance of all campus facilities (348 acres, 151 buildings), with an annual operating budget in excess of $30 Million. His responsibilities included oversight of all campus police and security operations.